DO WE LIVE IN A COMPUTER SIMULATION? 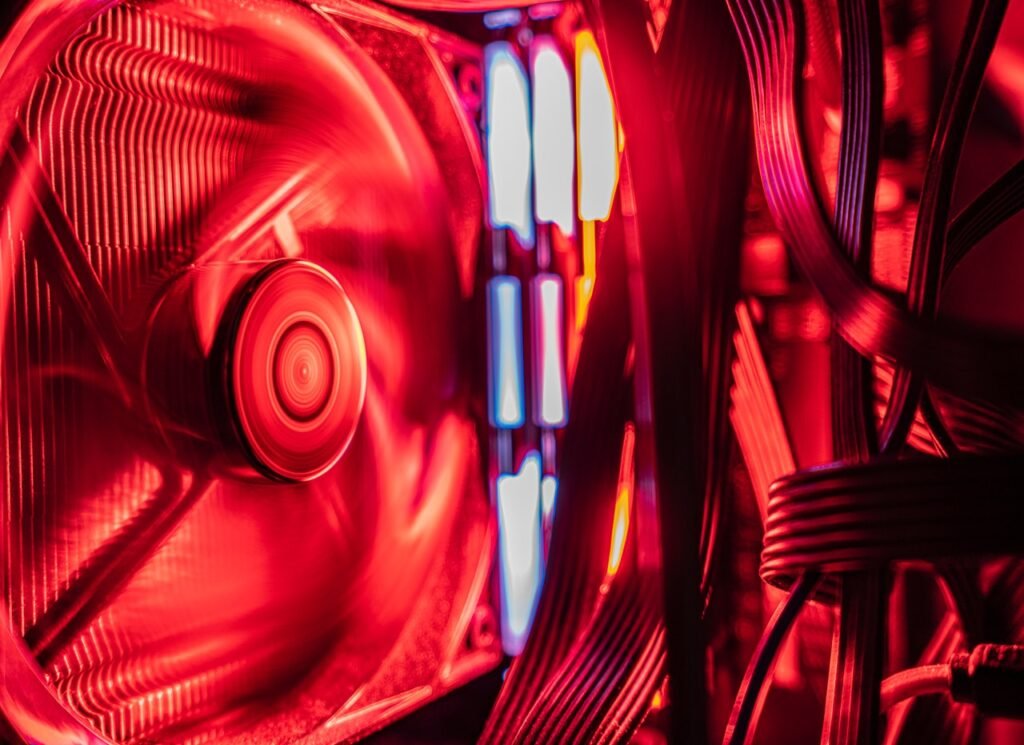 With the advancement of our technology, philosophers and scientists in recent years have taken up an ancient debate regarding the possibility that our existence, our reality, may be merely the simulation of an artificial intelligence belonging to an incredibly advanced civilization. In ancient times this hypothesis was formulated differently, taking dreams or hallucinations as reference.

Several movies, such as the most famous Matrix in which mankind is simply kept in a state of induced sleep, connected to a very sophisticated machine that thus creates a virtual reality for each individual, have dealt with this topic, but how could we tell if we are just characters in this simulation on par with those we unknowingly move around in a video game or read about in those novels based on the difficulty of separating reality from a simulation, or not?

Since ancient times people from the West to the East, like the philosopher Plato, have been wondering about reality and the nature of existence, certainly from a very different perspective than today since computers did not exist at that time but fearing that the reality in which we live is just a kind of collective illusion or hallucination or perhaps like the Chinese philosopher Zhuāngzǐ, wondering if they were not simply someone’s dream, even their own. These questions arise from the simple fact that everything we know about reality comes from purely subjective experiences; it is our sensations and perceptions that make us realize that “the world exists” and we with it.

Stepping back some 20 years from now, it was philosopher Nick Bostrom who laid the groundwork for this “new debate” regarding simulation, in a modern key. He covered the topic in an article whose title “Are you living in a computer simulation?” argued in summary that there are three possibilities that are not only mutually exclusive but among which one of the three must necessarily be true:

📃You can find the original paper at this link📃

Nick Bostrom also argued that if we ourselves were someday able to create simulations that were so powerful and interactive (e.g., think of a very sophisticated evolution of the already existing and existing virtual reality consoles that aim to isolate the senses of the user as much as possible) that they contained conscious beings within them, at which point then the probability would become extremely high that we ourselves would find ourselves existing as such characters, created in a simulation prior to the one we would be creating, since any sufficiently complex and advanced simulated reality could in turn create within itself other similarly advanced simulated realities in an infinite cycle.

Supporting this theory to the point of claiming that it is very likely that we exist within a simulation are well-known scientific personalities and popularizers such as Brian Greene or Neil deGrasse Tyson.

David Chalmers, renowned for his studies in the area of philosophy of mind and particularly consciousness, has also addressed this topic in his book entitled: Reality+: Virtual Worlds and the Problems of Philosophy. Chalmers writes that since our lives are already very virtual, it is not difficult to imagine that they will become more so as time goes on, and he reiterates that we cannot establish, statistically speaking, that we do not live in a simulation of reality, since from the moment we perceive something, that thing is real to us. Chalmers wants us to understand that for him everything is real and as such we should behave as best we can regardless of the idea that it is a simulated reality.

Today, however, compared to the past, what more arguments can we bring to bear in support of the simulation thesis? And what would make the idea of computer simulation more valid or less valid than that of the ancients who thought of it as a dream?

The skeptical branch of researchers (such as, citing a couple of examples, Lisa Randall a U.S. physicist specializing in particle physics and cosmology or Sabine Hossenfelder a German physicist and popularizer of science), believes that there are none since they support different views of the same argument, viz: our perceptual brains certainly “simulate” the world around us but there is no such thing as “digital physics,” reality and things in the real world cannot come from a code, and even Neil deGrasse Tyson recently backtracked from the simulation theory.

To their idea, it can be debated since it remains a very important and interesting philosophical topic but it all remains on a metaphysical and non-scientific level, since this idea of the simulation of reality is by its very definition and nature out of any possibility of being investigated scientifically, since it does not allow us to better investigate reality itself, since any observation or experiment that could convince us one way or the other would be part of simulated reality or even a dream.

Thus we do not even have a concrete argument as to whether the idea of simulated reality is more valid or less valid than that of the dream of the ancients. It is true, however, that some scientists have tried to propose methodologies in which we might realize that we are in a simulation.

Several years ago cosmologist John David Barrow suggested that we could figure it out if we noticed strange interruptions or anomalies in natural laws, (which perhaps we could associate with computer “bugs” or miracles depending on how our consciousness decides to interpret them) and other scholars more recently have proposed ideas similar to this since once we start thinking in virtual and hardware terms reality can appear to us all too full of coincidences given by programming.

Some proponents of simulation theory, believe that coincidences are not such and that trends are not the result of our free will, since for example these supercomputers that hypothetically run us require large operating speeds, they would also have planned to save resources, achievable perhaps with fewer and fewer differences among people where everyone lives in similar houses, visits the same places, eats the same way, thinks the same things on social media, and meanwhile to reclaim even more space on the system animals go extinct and forests burn being eliminated as the increase in “human” population takes up space in the data. Staying with this kind of thinking we may end up finding that everything about our modernity is attributable to a simulation of reality.

However for skeptics, we cannot elevate hypothetical thoughts to scientific predictions, since as we specified earlier, the idea of simulation is not “falsifiable,” that is, it is not possible to carry out a decisive experiment to prove that it is false. 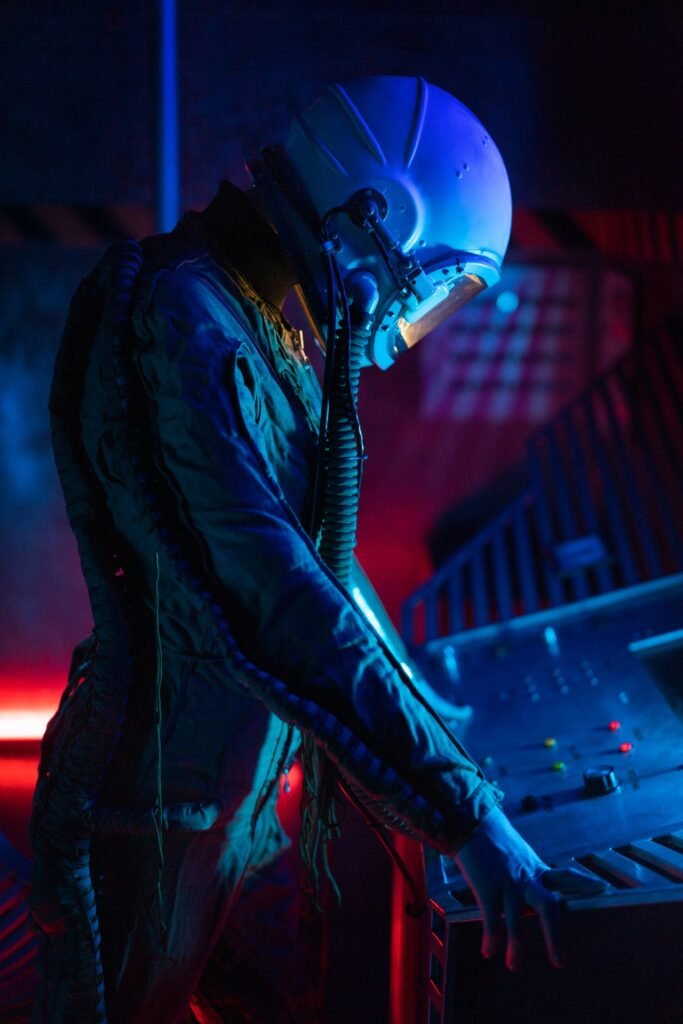 Picking up from the beginning of the article, opponents of the simulation theory also take into consideration the fact that yes, although apparently the simulation hypothesis seems more concrete and scientific than the dream hypothesis because we have the idea of computers, machines that are real to us and with ever-renewed and improved potential, in reality there are many things in Bostrom’s hypothesis that are taken for granted or are precisely not proven or provable.

One of several examples of this would be taking it for granted that a futuristic computer can collect, compute and simulate the vastness of facets of human consciousness and all its possible reactions by turning them into complex algorithms but there is a significant difference between simulating a consciousness versus simulating a virtual reality: in a video game with an artificial reality helmet, for example, we can also immerse ourselves in a computer-created world so realistic that we forget that it is a fictitious world but the consciousness that experiences that world would remain ours, not created within the simulation and to think that a simulation of virtual reality could generate within it a human consciousness is a very different thing and since as of today there is no concrete and valid assumption to consider this phenomenon possible even in the future, this idea would simply assume a philosophical position and nothing else.

Another comparison with which we are invited to think is the one made with the divine, since at the level purely concerning the methodology of presenting the idea, there is no difference between the argument of the simulation of virtual reality and the thought that the world came into being by the work of a deity, since we can do nothing tangible to find evidence to support one theory or the other none can prove, scientifically, better.

Thus failing the very prerequisite necessary to understand things through science, namely: the fact that events occur with regularity and that we can study these regularities, subject to laws that we can discover and even understand, since we would only find ourselves investigating an illusion within an illusion by not being able to get out of the program, it comes as a matter of course for the opponents of this theory not to consider it a scientific theory but a philosophical theory of which no matter how much we talk about it, whether for good or bad, no breakthrough is drawn from it.

It is self-evident that even if we were all part of this “simulation” we could never really know, as we could only study, experience or investigate only what is inside the simulation and not what is outside of it.

If you would like to learn more about simulation, you can visit this website containing material regarding the ideas of Bostrom and other personalities for or against simulation theory.

One thought on “DO WE LIVE IN A COMPUTER SIMULATION?”

DO WE LIVE IN A COMPUTER SIMULATION?

To provide the best experiences, we and our partners use technologies like cookies to store and/or access device information. Consenting to these technologies will allow us and our partners to process personal data such as browsing behavior or unique IDs on this site. Not consenting or withdrawing consent, may adversely affect certain features and functions.

Click below to consent to the above or make granular choices. Your choices will be applied to this site only. You can change your settings at any time, including withdrawing your consent, by using the toggles on the Cookie Policy, or by clicking on the manage consent button at the bottom of the screen.